From HND To BSC 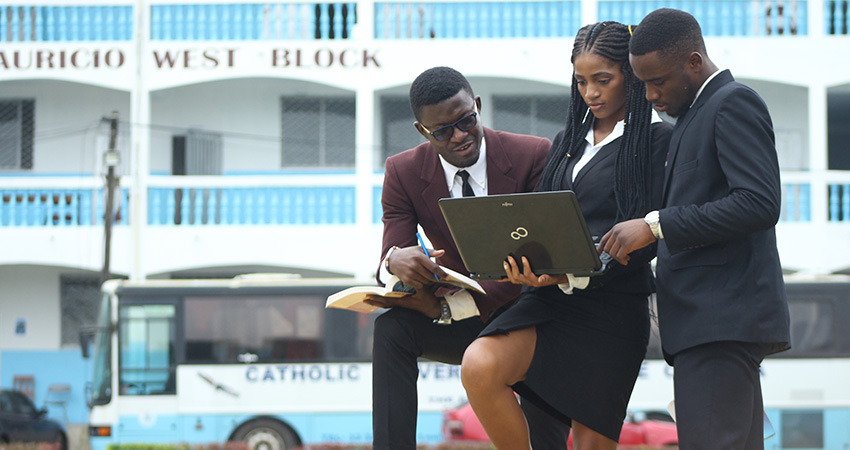 All what you need to know

From HND To BSC

Cameroon educators and thinkers (Tchombe, Nnane and Titanji, 2009) are unanimous that the  Year 2007 marked a turning point in Cameroon Higher Education with the establishment of the three cycle degree system of the Bachelor’s Degree, the Master‘s Degree and the Doctorate Degree popularly known as the BMD system. As a result of this new paradigm in Cameroon certain certificates based on the French educational system such as the Maîtrise and the Diplôrne d’Etudes Approfondies (DEA) were gradually phased out. This great transformation all began when member countries of the Economic community of Central African States (CEMAC) signed the Libreville Declaration on 11 February 2005, establishing a CEMAC Research and Professional Training Higher Education Area and adopted the Bologna Process, referred to as the BMD system. The Bologna agreement is centred on the relevance of curricula to employment.  It aims to influence change in basic and continuing professional education that include work-based, practice-based and lifelong learning. The essence is to ensure the comparability of degrees or certificates, facilitate student and staff mobility and strengthen the quality and relevance of programmes The central ethos which is a credit transfer system facilitates student mobility between institutions for the development of professional qualifications.

CUIB right from its inception in 2010 as an Entrepreneurial University, the only Catholic Entrepreneurial University in the world at the moment, adopted the 4 year American undergraduate system of education. This system was adopted by the University’s Board of Trustees to prepare CUIB graduates not only for the global market but to equip them to be true Job creators and also give them solid undergraduate international standard education that will make them fit to compete with their peers all over the world. Alongside this model, CUIB also started the Cameroon based Higher National Diploma Programme popularly known has HND which is a two year programme at the end of which the student is expected to write a National examination organized by the Ministry of Higher Education in Cameroon. Running this programme alongside the 4 year undergraduate degree programme has been challenging for CUIB. First the programme design does not fit with CUIB’s mission to train professional servant leaders with spiritual and moral values who will be Job creators versus Job seekers. Second, it is too certificate oriented.

Third, it places language, English and French as a core component of Assessment thus disadvantaging students who are not gifted in linguistic intelligence. Fourth, the curriculum was not designed to take into consideration the BMB system in terms of facilitating student mobility in a global economy. Students therefore who do the programme and want to transition to the BMD system often have a lot of problems in terms of credit transfer system as adopted by the Bologna agreement to facilitate student mobility between institutions. Fifth, certain skills and competences are necessary today if students have to be globally competitive. Providing these skills to students is challenging as they are expected to do not less than 12 courses per semester. Sixth, some Mentor universities in Cameroon like the University of Buea have indicated that they will not provide

Professional Bachelor degrees popularly known as B. Tech. anymore. B. Tech is a French oriented professional degree programme which is popular in French Speaking regions of Cameroon. Students who do 2 years of HND eventually do a one year programme to obtain a French oriented degree, different from the BMD agreement known as Licence Professionelle in French or Professional Bachelor Degree in English (Direct translation). What a challenge for our Students and global minded ones of course!

But hope is not lost. We have Good News for you now! The good news now is that CUIB has taken a bold step to address this challenge that HND students of the University were facing by integrating the HND programme with its 4 year American model BSC programme beginning this 2017/2018 Academic Year.  First our HND programme has been synchronized and upgraded similar to an Associate degree programme as found in US Community Colleges and universities. In this light, students who finish the 2 year HND programme in CUIB and wish to do their BSC degree will transition to the Junior year directly which is Level 3 and not Level 2(Sophomore Year) as previously was the case.   In addition, those who write and do not pass the HND examination can continue to pursue their BMD studies in CUIB by transitioning to Level 3 (Junior Year) as the curriculum has been designed in such a way that it is not dependent on the student passing the HND examination. It should be noted that this unique curriculum and innovation is meant only for students who do the 2 Year HND programme in CUIB.  Students from other institutions who pass the HND and wish to continue with their BSC in CUIB will only be admitted into Level 2, that is, Sophomore Year. It should be noted that these measures have been taken by the management of CUIB in order to remain true to its mission to train Job creators versus Job seekers who can compete with their peers globally. It is CUIB’s desire to see that all its students have equal opportunities in the global economy and do not feel disadvantaged for one reason or the other. It is CUIB’s hope that with time the Ministry of Higher Education will grant CUIB the authorization to run 2 year Associate Degree Programs as you find in USA Colleges and Universities.

The Office of Student Service Center (SSC) enhances students’ overall education experience with various programs and activities that complement the institution’s main values to prepare students to be responsible advocates and citizens.